Here is a highlight of the numerous awards and recognitions Lars Kolind has received.

Being called the inventor of the “knowledge-based organization” based on his groundbreaking work at Oticon in the 1990’s where he created an organization with a minimum of structure, hierarchy, rules, and paper. The Oticon management case remains one of the most studied business cases at universities and business schools around the world, including Harvard Business School, the Wharton School and IMD Lausanne.

In 1993 he was awarded the National IT Prize for his groundbreaking work in applying IT technology as an integrated part of the business strategy and operation. 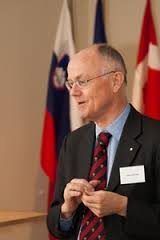 In 1996 he was awarded the National Management Prize for his invention of the knowledge-based organization. The same year Kolind received the title “Man of the Year” for turning around the Oticon company and leading it towards the global number one position in its industry.

In his book “The Knowledge Society” (Vidensamfundet, 2000 in Danish) Kolind was the first to propose a national strategy for Denmark in the knowledge society. This work followed his chairmanship for “The Danish Competency Council” which published the world’s first national knowledge accounts in 1999 (Kompetenceregnskab for Danmark 1999).

Lars Kolind is a Knight of the Order of the Dannebrog and a member of the Academy of Technical Sciences.

In 1998 he became “Social Entrepreneur of the Year” for his unique ability to combine profit with social responsibility.

Lars Kolind has received the highest award in World Scouting, “The Bronze Wolf” for his leadership of the World Programme Committee which rephrased the fundamental principles of Scouting over a ten year period 1981 – 1990 and laid the ground for revisions of the Scout Programme in National Scout Organizations around the world.

Lars Kolind has served as chairman of the World Scout Foundation, working closely with His Majesty the King of Sweden, who is the honorary chairman of the foundation. For this work, he received Boy Scouts of America’s “Silver World Award”. Other recipients have been Lady Baden-Powell, Emperor of Ethiopia Heili Selassie I, Prime Minister Golda Meir Israel, Pope Paul VI, Princess Benedikte of Denmark, Emperor Hirohito of Japan, King Olav V of Norway, King Carl XVI Gustaf of Sweden and vice-president of the Philippines Jejomar C Binai.

Kolind also holds the Silver Fox of Canada and is a member of the Regal Circle of the Baden-Powell World fellowship. In 2014, Kolind was awarded the King Gustav Adolf Medal for his exceptional services to World Scouting.

Kolind was named Adjunct Professor of Leadership and Strategy at University of Aarhus in 2000.

In 2012, Lars Kolind was appointed DeTao Master of Leadership and Strategy at the DeTao Masters Academy in China.